I often use my fourth project as an example of what great selling can do for Introverts since I sold it for a little over $40k.

What I’ve never shared before was that I could have sold the same project for at least $125k.

Yup, you read right. I missed out on a 6-figure project.

What? How did that happen? You ask.

The reason is simple and so many others suffer from it.

It was because of a lack of confidence.

Yeah, it’s hard to admit, but it’s the truth. I simply wasn’t prepared to take on that big of a project at that time.

What great selling skills can do

The $40k project I sold was part of a much bigger project. My client was negotiating the remainder of the project with a consulting company they had worked with for years.

Apparently, I did such a great job at selling my piece of the project, that my client wanted to eliminate the consulting company entirely.

They wanted me to take over the entire project, which I would have priced for at least $125,000.

“We’re impressed. We’ve never worked with such an organized and thorough consultant. If you have availability or the resources, we’d like for you to takeover the entire project. We’ll get rid of the consulting agency we’re working with.”

I was stunned. A prospect who had never met me in person or even video conferenced with me, was ready to fire an entire consulting company and award me the entire project.

I thought about it for a couple of days and I responded with:

“Unfortunately, I don’t have the availability and wouldn’t want to promise something I won’t be able to deliver on time.”

And just like that, in a single sentence, I missed out on a $125k+ project.

I don’t regret making that decision.

In fact, I’m proud of that decision. It was the best decision I could have made since I truly lacked the confidence to tackle that size of a project. I would have been of no use to them without the confidence.

But why did I lack the confidence? That’s the deeper and even better question.

Deep down, I knew the reason but didn’t want to admit it. It was because of a lack of preparation.

I regret not being prepared for that kind of project.

After all, I missed out on a 6-digit project! It’s a reasonable regret, don’t you think?

You might be lacking preparation and not even know it

But why am I confessing one of my biggest freelancing regrets to you?

Because I see many talented introverted freelancers make the same mistake. They fail to prepare themselves for the kind of projects they really want.

You may be thinking:

“What a pity. If I had the chance to work on a 6-figure project, I would have gladly tackled it!”

And you know what? You’re right.

You probably could tackle a 6-figure project. But here’s the real question, do you have to selling skills to sell that kind of project?

As a freelancer, you’ll only get the kind of projects you’re really prepared for work wise and selling wise.

Here’s the thing about us Introverts: Improvisation typically doesn’t come natural to us.

Even when a fellow Introvert is a great improviser, it’s because she’s already put a lot of deep thought into the topic she’s improvising on. Or she’s practiced the actual skill of improvisation itself.

The reality is that improvisation is needed throughout the selling process. And that’s a struggle for most Introverts.

It’s the thought of stumbling through a sentence or not responding swiftly or not seeing a curve ball when selling is what spooks most Introverts. 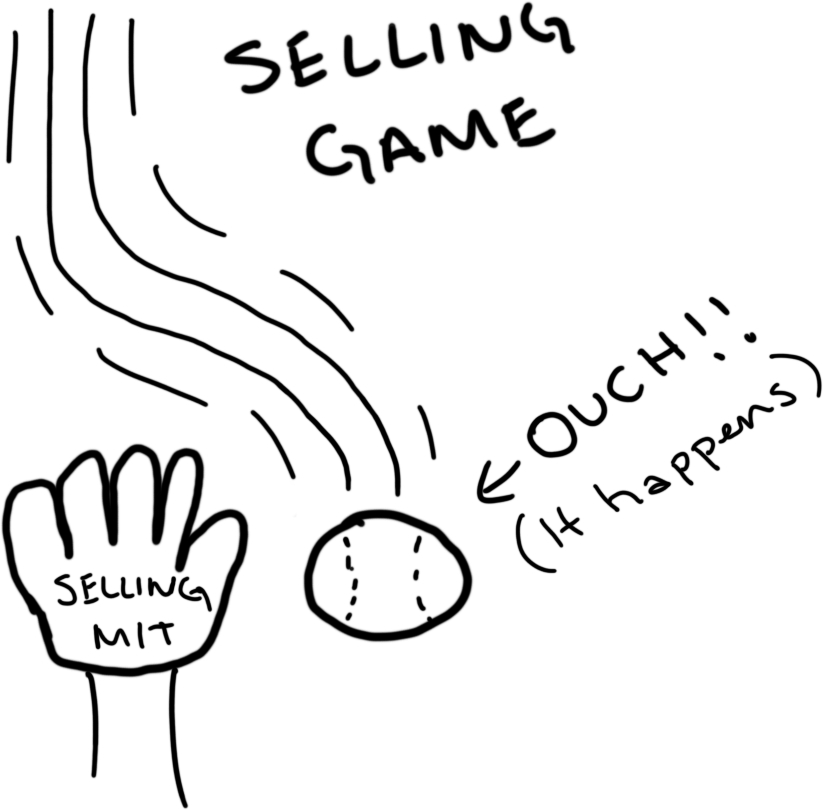 But that’s the game of selling: It’s unpredictable.

Yes, I could have improvised and sold the project for over $125,000 because I really am good at selling. But selling a high-priced project wasn’t what intimidated me. It was the actual project work.

So, I froze! I stumbled! It shook me. And it happens.

Nevertheless, it’s the game we play every time we set out to sell. For better or worse.

So, how do we prepare to improvise for the unpredictable?

Honestly, I wish I had a magic formula you could follow to never be caught off guard. But sadly, I don’t.

We’re all different when it comes to how we prepare, how we learn, and how we handle situations. What works for me, may not work for you—and there’s beauty in that.

I do have a philosophy about mastery, but there still isn’t a magic formula.

Don’t make the same mistake I made.

I wasn’t prepared to work on the high-priced projects I knew how to sell.

You’re probably more prepared than I was to work on those type of projects.

But again, are you prepared to sell those type of projects?

I promise you, if your selling skills match your working skills, then it’s only a matter of time before that magical high-priced project is in your hands.